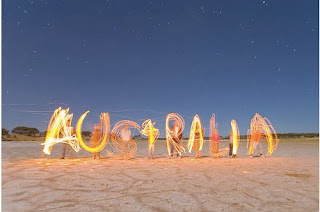 Wow.  I haven't been here to post since November.  Someone shoulda told me that it had been so long!  I have been making it a practise to take December and January off writing - it's better for my family, but I still feel like I neglect the cyberworld when I do that.  Just call me ham (of the ham sandwich - get it?  Er, right.).

I'm calling this the year I get published.  Which I did say last year, I know.  That's the beauty of unfulfilled yearly goals.  They're re-useable.  And I've got a bagful of the sodding things.

1.  Write 3 x 15 novellas to submission-standard.  This will require me sticking to a timetable, which worked well in the last part of last year.
2.  Lose 20kgs.  Blah.  That sounds horrible - a cliche.  I'd love to say I'm one of those people who doesn't need to get fit, but I'm not.  I've been blaming the having of three kids, but I think it's probably just me.  I lost a bit from October to December.  Which I promptly re-discovered in the bottoms of numerous wine bottles over the silly season.  PLAN:  Walk four times a week.  Time to get out the audio books!
3.  Keep a daily journal - going well so far...
4.  Blog fortnightly - fear not, dear readers!
5.  Attend SARA meetings.
6.  Spend time with my eldest child - she has some learning difficulties.
7.  Spend time with my second - she's just starting school.
8.  Spend time with the baby - because, well, he's a baby, and they can't fend well for themselves.
9.  Spend time with Mr L.  A man of great gorgeousness...
10.  THE BIG ONE - Find balance between the aspects of my life, which is essentially all of the above.

Now for some news:

Anna Hackett had a great start to 2010 - she sold another Nocturne Bites on the first day of the year.  It's a fabulous novella called HUNTER'S SURRENDER, out in April this year.

Sixteen days later, I got my second R from Nocturne Bites for 'Firestarter'.  It was quick this time - only two and a half months.  Luckily, I was still a bit inebriated after searching for all my misplaced weight in those bottles and it didn't sting.  Much.  :)

I'm reader judging for the R*BY again, RWAs Romantic Book of the Year.  They should be here at the end of next month.

Nocturne Bites is running another Pitch Contest!  I'm having another go this year.  Last year's winner, Nicola, has her winning entry, THE PROPHECY, coming out next Month, under the pen name Nina Croft.  Connie Hall also has TIME JUMPER available then, too.

Mel Teshco has a name for her Bites coming out in March - HER DARK LORD.  Mel's working title was "Blood Chance", which we all loved, but you know the title gods...

The Nocturne Authors have a new website.  It's so pretty!  Is it just me, or does the guy on the top banner look a hell of a lot like Hugh Jackman?  Maybe I wish...

Finally, Anna and Mel (and loads of other fab authors) are part of a cool eplace called LoveCats DownUnder, a blog for Aussie/NZ authors of category romace.  It's a fun spot, go have a look!

In Australia, Intrigue Nocturnes in stores now are:

BEAST OF DESIRE - Lisa Renee Jones
MIND GAMES - Merline Lovelace.
(Am slightly peeved I was on holidays when these came out and I missed them!  Would have loved the Lovelace.  Phooey.)

Right.  Well.  That pitch I mentioned is having some difficulty writing itself.  I'll go give it a hand. 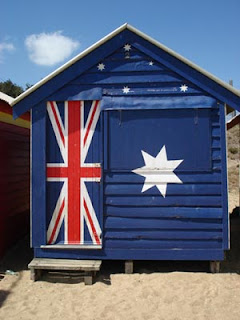