M is for Mortified

You all know that Sparky and I adore our children.  Well, he does always, and I do most of  the time.

I suspect because he sees them less, that he isn't as exposed to the circus that is our children on a daily basis.

I found these posters on Flickr.  They're by Nathan Rippenberger, and the collection is titled, "Things I Have Said To My Children."

They are startlingly, scarily accurate.  Except, our giant inflatable penguin is called Mawson, so I used 'Mawson' instead of 'Penguin'. 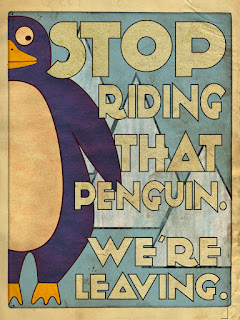 It's true, too, I won't hold a conversation with anyone who is naked (there are a few rare exceptions to this rule, but the offspring should be at least partially clothed). 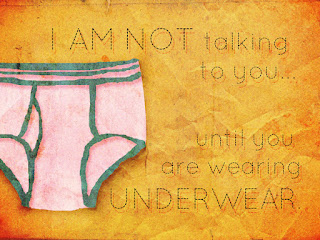 Just YESTERDAY I had to ask Anarchy to stop licking my arm.  I didn't addend, because "that's what weird kids do." but you can bet your bottom I will mention it next time.

And there WILL be a next time. 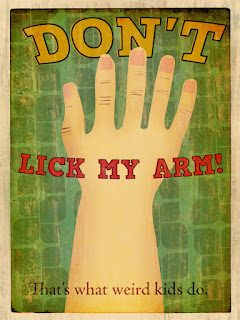 I consider us very lucky, the offspring rarely say inappropriate things in public (Oh, there was a, "Look at that fat lady" that one time in Woolworths...), but how mortified would you be if your children came up with some of these?

Email ThisBlogThis!Share to TwitterShare to FacebookShare to Pinterest
Labels: just having me a bit of fun, my family is like fudge, The Alphabet Posts