Z is for Zuckuss...and farewell to The Alphabet Posts. 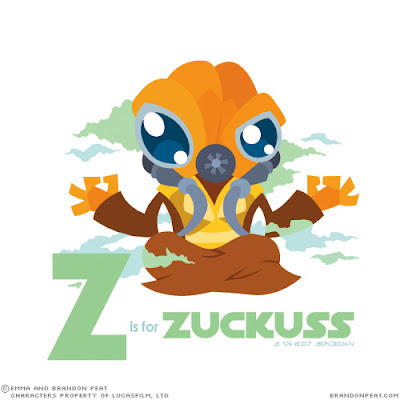 Artist Brandon Peat and his wife Emma designed these fabulous Star Wars prints for their baby boy, based on the original trilogy and wider universe.  No new dudes.  ADORE!

Check out the full alphabet here.

As a final HOORAH! to the alphabet, I thought I'd feature some results of alphabet web searches:


This one is by Fabian 'Lishoff' Gonzales:  Yes!  The Simpsons!  I found it at Digital Bus Stop.


Can you name the characters?  Take your time...  The answers are underneath, so once you scroll down, there's no going back. 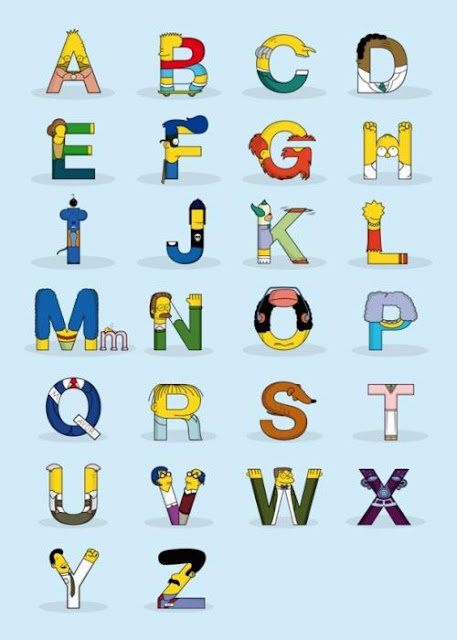 How many did you get?

Finally, here's a vaguely disturbing alphabet in a book called The Gashlycrumb Tinies (or, After the Outing), by Edward Gorey.  It's an ABC book that tells the story of 26 children (one for each letter of the alphabet) and their untimely demises in didactic rhyming couplets (yes, I did look that up), complete with black and white illustrations.  It's said to be poking fun at parenting paranoias, and having a bit of a go at the general notion of idyllic, sunny childhoods.
I can sort of see the amusing areas:
"F is for Fanny, sucked dry by a leach."
"Q is for Quentin, who sank in a mire."
"N is for Neville, who died of ennui."

But, by and large, I'm left squirming.
Of course, given this is the Z post, this must be aired: 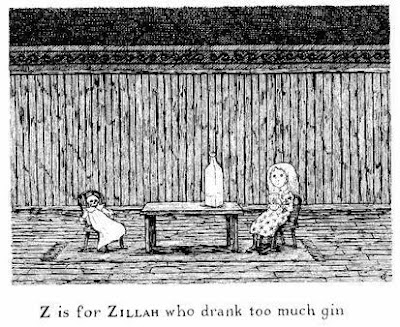 Gin; yes please.  Gin + Kiddies; no.  Not suprisingly, Mr Gorey did not create any children of his own before his own demise in 2000 (the cause of which is not mentioned.  Perhaps he fell into a tiger pit?).  Apparently, he didn't like them particularly much. Children, that is. Can't comment on his feelings about tiger pits.

This is the Zilla I know, my sister's very sweet Great Dane, who isn't partial to gin, thus should live a long and very spoiled life.  She's much happier than she looks, even thought she doesn't drink. 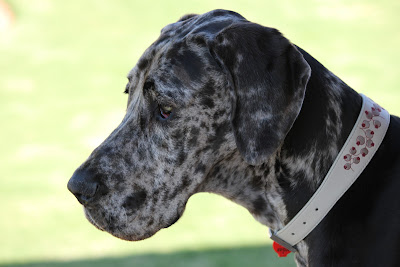 And on that very marvellous note we bid farewell to the Alphabet Posts.

Email ThisBlogThis!Share to TwitterShare to FacebookShare to Pinterest
Labels: ramble, The Alphabet Posts