My gorgeous and completely over-worked critique partner Anna Hackett has a new sci-fi action romance At Star's End (Book 1 of the Phoenix Adventures) coming out with Carina Press March 31st, and here's her cover: 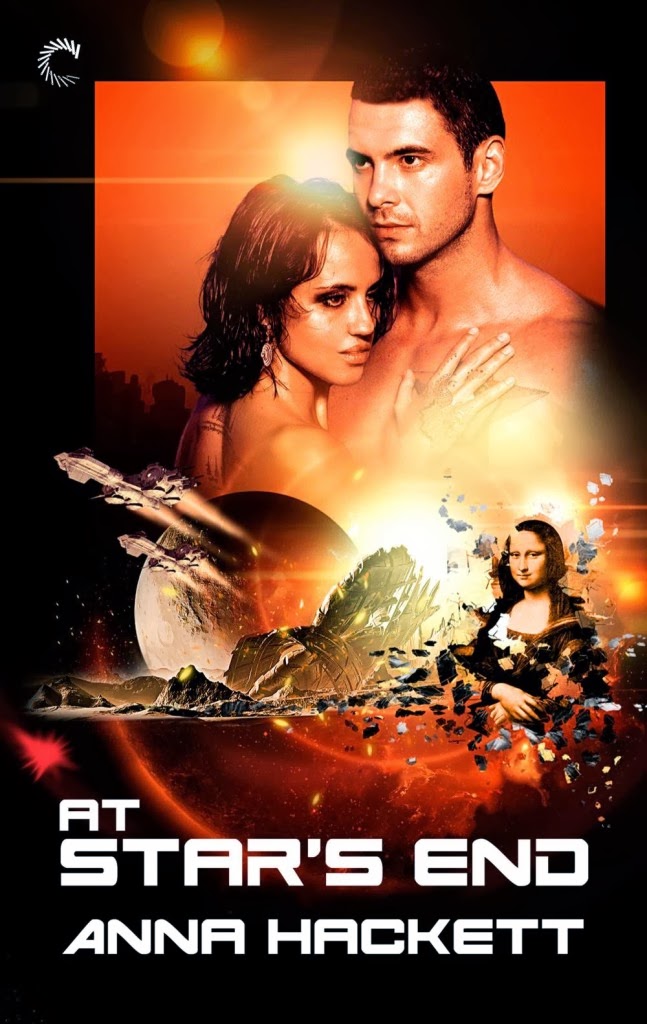 Dr. Eos Rai has spent a lifetime dedicated to her mother’s dream of finding the long-lost Mona Lisa. When Eos uncovers tantalizing evidence of Star’s End—the last known location of the masterpiece—she’s shocked when her employer, the Galactic Institute of Historic Preservation, refuses to back her expedition. Left with no choice, Eos must trust the most notorious treasure hunter in the galaxy, a man she finds infuriating, annoying and far too tempting.
Dathan Phoenix can sniff out relics at a stellar mile. With his brothers by his side, he takes the adventures that suit him and refuses to become a lazy, bitter failure like their father. When the gorgeous Eos Rai comes looking to hire him, he knows she’s trouble, but he’s lured into a hunt that turns into a wild and dangerous adventure. As Eos and Dathan are pushed to their limits, they discover treasure isn’t the only thing they’re drawn to…but how will their desire survive when Dathan demands the Mona Lisa as his payment?
Posted by Emmeline Lock